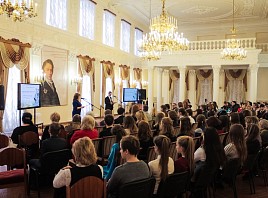 In 2015, the Ulyanovsk region was declared the main venue of the celebrations associated with the 250th anniversary of the writer’s birth. A great job on promoting the name and the creative heritage of Nikolay Karamzin in the region, especially among the younger generation, is supported by the Governor Sergey Morozov.

All in all in the year of 2016 the region has held about 2000 events dedicated to the personality of N.M. Karamzin. Among the largest ones are: Karamzin marathon "History in Faces", a Literary festival "The Word" and "Karamzin Assembly".

In addition, the staff of the Centralized Library System of Ulyanovsk, in partnership with the Museum-Reservation "Homeland of V.I. Lenin", the All-Russian Pushkin Museum in St. Petersburg, the Museum-Estate "Ostafyevo", the State Archive of the Ulyanovsk region, with the support of the Ministry of Arts and Cultural Policy of the region and the Department of Culture and Leisure of the Population of the Ulyanovsk Administration, has implemented the project of virtual reconstruction of Karamzin’s house on the Venets (Ulyanovsk).
The final event of the year has become the Great Historic Assembly, which was held in Ulyanovsk on the day of N.M. Karamzin’s birth.

The Minister of Culture of the Russian Federation Vladimir Medinsky has addressed his welcome speech to the participants of the meeting. "The name of Nikolay Karamzin is inseparably linked to the Simbirsk-Ulyanovsk land. It is a symbol of propaganda of spiritual and moral values and patriotic feelings and his legacy remains relevant and popular until the present day. The Ulyanovsk region honors the memory of the outstanding fellow countryman with trepidation – for many years the region has been implementing significant social and humanitarian projects, scientific conferences, cultural and educational events have been held there. I would like to express my gratitude to the region for such a careful attitude to the history of its native land and Russia as a whole, for the tireless large-scale work on the study of the personality and heritage of the great thinker. I hope this work will continue. Let me wish the region further productive activities in the promotion of the great fellow countrymen’s heritage and implementation of programs and projects in the field of culture and art", – he noted in his speech.

In the frame of the event, the artists of the Ulyanovsk Regional Drama Theatre named after I.A. Goncharov presented the scene dedicated to the activities of Nikolay Karamzin as a historian, writer and citizen. The Ulyanovsk State Brass Band "Derzhava" and the male choir "Obraz" performed for the guests, and also the presentation of the outstanding events of the Year of Nikolay Karamzin’s 250th anniversary, which took place both in the Ulyanovsk region and other regions of Russia, was made.

"Today is a very solemn day: it's been 250 years since the birth of our great countryman – this is a whole epoch, which demonstrates the true scale of the personality of Nikolay Karamzin. He has written the history of his Homeland and became its essential part himself. The Ulyanovsk region has taken on the mission of the centre and organizer of the celebrations, the Governor Sergey Morozov has become the initiator of the anniversary celebration. During the preparation to the 250th anniversary of the writer on the territory of our region the restoration of a large number of monuments has been carried out, memorial signs associated with the Karamzin family have been installed, a lot of cultural events have taken place, dozens of studies and books have been published. We have strengthened scientific research and educational work by creating Karamzin Cultural and Historical Heritage Support Foundation. From December, 1 the region have seen more than 60 events on Karamzin theme of regional, national and international levels. More than 9000 people have become its participants. We have had guests from 40 regions of Russia as well as from Germany, Italy, Hungary, Serbia, France and the United States. A variety of events of "Karamzin Assembly" is the evidence of the rich cultural heritage of our countryman. The global scale of his heritage is very important. It’s also remarkable that the anniversary of the historiographer has been included in the calendar of UNESCO memorable dates of 2016. On behalf of the Government I can assure that this work will continue. We hope that the Ulyanovsk region will play an important role not only in the economic but also in the spiritual, intellectual life of the country", – pointed out the Chairman of the Government Alexander Smekalin.

Honourable guests of the event have noted the huge contribution of the Ulyanovsk region into the conservation and popularization of the creative and historical heritage of Nikolay Karamzin. The Director of the State Museum-Estate "Ostafyevo" – "The Russian Parnassus", the honored cultural worker of the Russian Federation Anatoly Korshikov has thanked the Governor Sergey Morozov for his proposal to celebrate the 250th anniversary of Nikolay Karamzin at the federal level. "This has given the impetus to our joint work which we undoubtedly will continue. We have raised the question about the completion of the academic publication "The History of the Russian State". The materials and letters written by Nikolay Karamzin should become available to every Russian. It is necessary to make feature films connected with the writer's name. We have become convinced that we need to create an International Karamzin Association. Europe studies Karamzin, thinks and ponders over what he has written. "The Herald of Europe", which he used to publish, still exists in Russian and English languages. Therefore, our next step is to combine what has been done, and the International Karamzin Association will bring together the scientists and those who are not indifferent to the creativity of Nikolay Mikhailovich. His voice is as relevant as ever: the time, the political situation require to consult this seer who looked far ahead talking about the future of Russia", – said Anatoly Korshikov.

According to Karamzin’s descendant, the President of the Karamzin House in Montevideo (Uruguay) Fyodor Bogorodsky, Ulyanovsk is a beautiful Russian city with one of the most interesting histories in the country. "Its history has influenced the formation of culture and art of Russia, Vladimir Lenin was born here. Ulyanovsk has given us what we are living now - a confident, progressive, long-term, democratic development, which already gives Russia the superiority in the political and economic sections. Is the history, written by Karamzin, relevant today? Is it necessary to reconsider it? Absolutely not. I am sure that Nikolay Karamzin has stated the facts very professionally. His history needs not to be rewritten, but complemented and integrated. Ulyanovsk citizens did a great job in this direction. In such a short period of time. I haven’t seen such a result in my life", – said Fedor Bogorodskiy.

Within the framework of the meeting the Award ceremony was held. The Director of the Russian State Historical Archive Sergey Cherniavsky (Saint Petersburg) has received a letter of gratitude from the Governor for the great contribution into the popularization of the national historical-cultural heritage and fruitful cooperation during the preparation and celebration of the 250th anniversary of N.M.Karamzin’s birth. In addition, the action of cancellation a stamp on the envelope "N.M. Karamzin" took place there. The stamp was issued by "Pochta Rossii" with a print run of 500 thousand copies. 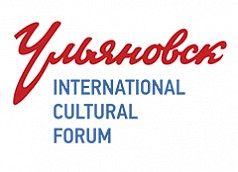